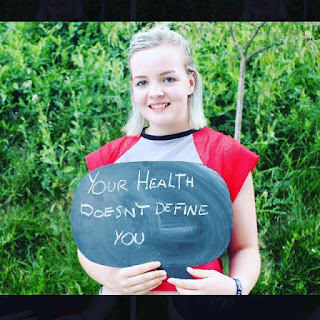 This year I was very honoured to be invited to the 7th International Diabetes Federation Europe Youth Leadership Camp, which was to be held in Cluj Napoca, Romania. As I haven't traveled at lot, I was very excited and humbled to attend this!


The process of applying was long. A lengthy application form had to be completed, stating what you have done in your country, how you would benefit from the camp, and why you should be selected over the other applicants, and you also have to get a letter of recommendation from your local diabetes association, which in my case was Diabetes UK. This application took me a while, as I wanted to make sure that I had represented myself in the best light. A couple of months later I received an email with the subject "CONGRATULATIONS ON YOUR SELECTION", which I was delighted and beyond excited about. One person from every EU country got selected, and I was the UK representative, so I was very happy about that. I later found out that someone from another European country had dropped out and so another girl from the UK had got selected in his place, meaning there was extra UK representation!


All the work I have done up until now has been national, either in Scotland or the United Kingdom. It had never even crossed my mind to try and reach people on a European level. However, on this camp, there was sessions on how to engage a wider audience, and on how to get sponsors for events to do so, which in turn has created some very daunting but exciting ideas. I have been given the tools that allow me to create campaigns, approach the leaders of diabetes, and make a change, which I plan to use as much as possible.


Most importantly this trip has allowed me to meet amazing contacts from all over the world. Not just the people teaching us, but also the participants, who have also done amazing things in their own country. These camps always have many benefits, from learning new sports, culture and skills, but I always find that the people I meet is the main benefit.


I have attended many events about diabetes, but the IDF Youth Leadership Camp is by far the biggest event I have been honoured to attend, and will hopefully lead to bigger and better things! I would definitely recommend applying, even if you are unsure, because you never know what might come of it. Watch this space!