Here's What you Need to Know about Type 1 Diabetes

I have met a lot of new people in the last month, and I have found it difficult to explain what Type 1 Diabetes is and how it affects me to so many people. Often I say to people I've only recently met "I don't feel well" and be very general about what's wrong and how I'm feeling. With type 1 diabetes, there are a lot of different scenarios that make me feel unwell. Here's the basics on what you need to know:

Type 1 Diabetes is really hard to control, so I can't always get it right! 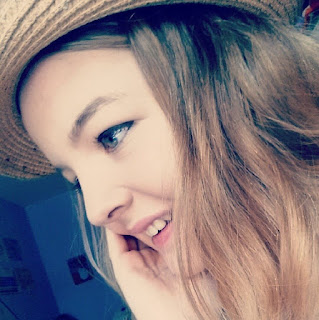 Freshers week: a week where universities tries to introduce themselves and encourage you to get to know each other as the first year starts university.

Before I arrived at my university halls, I found a couple of my flatmates on a Facebook group, Katie and Alex. They both seemed lovely and friendly, but that didn't alleviate my anxiety towards moving away and starting university. I feared not making friends and not being able to keep up, which I imagine are normal fears when starting university. When I arrived, after the madness of moving in and getting sorted, my flatmates and I sat down together, and they were so welcoming, and put me at ease at once. We were really lucky with the people in our flat. Everyone wanted to go out and be social, we even had a flat dinner out the first night.


What I found out is that freshers week isn't just about going out at night and drinking, it is about getting to know everyone, the city and what the university has to offer. I tried to take advantage of all the free events that were on to make the most of freshers week.

The first few days of freshers week was a blur. Lots of people were still moving in, and when we went to the nightclub in University of Dundee union, it was always packed. Dundee is a really friendly city, and it is crawling with students, so there was a great atmosphere. Everywhere you turn there is someone giving you a leaflet about the next event happening.

On the Monday night, we decided to go to the union, and I had a bit too much too drink (I was trying to be careful). The morning after, I woke up with high blood sugar and ketones in my blood (Ketones happen when your body doesn't have enough insulin, and makes you really unwell). It gave me a shock, because I was just trying to have fun but ended up being really unwell and had to take a couple nights out of freshers week to recover. I have learned that it is okay to take a step back, know your limits, and stick to them.

There were so many events on this week. A sports and freshers fayre showing off all the sports activities and societies offered by the university, giving away free pizza and other food (one of the best parts), loads of acts in the student union including MTV, Nick Grimshaw and Blonde and an outdoor cinema showing Harry Potter (which was very cold!). All have helped me get to know the University of Dundee and the city.

Freshers week has been amazing, definitely a great introduction into student life. I'm dreading the workload of university now, having been given a full timetable and a long reading list, having to juggle work and social life, I feel it is going to be difficult. Trying to fit all these things in, as well as having Type 1 Diabetes, is going to be hard but I imagine it will be worth it.

I have already made some amazing friends in my flatmates, Mel, Alex, Katie, Ruaridh and Stephen, and on my course, and have reconnected with a friend who I went to school with and has followed me to Uni, Lucy, and I imagine I'll meet lifelong friends.

Freshers week has been crazy but amazing!

Posted by AlyssaRose at Tuesday, September 13, 2016 No comments:

Volunteering.. Is it Benificial?!

I read in an article that it is more beneficial for retired people to volunteer than it is for young people. I completely disagree with this. Before I started volunteering I was shy and I would never question anything, but now I'm a lot more confident, I believe in myself and I am able to speak up for myself a lot more. It makes me feel like I'm doing a good thing,

When people ask why you volunteer you say because you want to help other people in the same situation as yourself. I volunteer for a Diabetes UK project based in Scotland called Just DUK 1t, which is a group  of young people with type 1, who have made a website, toolkit training and events for people of the same age, and lots of other amazing projects, which is run for young people by young people. It has opened up so many opportunities for me, and it is wonderful seeing the difference everyone makes, but mostly the social aspect of the volunteering is amazing.


When we meet up, we automatically have something in common. Type 1 Diabetes. There is never a dull moment, and when we get started talking it is hard to rein us in. When there is a task to be completed, we get distracted and end up going off topic, just because it is so easy to relate.

My little sister, Iona, asked me once why I volunteer for diabetes UK, and write a blog, because I don't get paid for it. I told her I love it because it allows me to be myself without people judging me. It helps me make a lot of good out of a bad situation, especially as I have met so many amazing people that help me through the hard times.


I have been given so many amazing opportunities through volunteering. I have been to the Scottish Parliament with Diabetes UK, I have been flown to Birmingham to speak at a conference, I have helped organise and hosted at Diabetes UK care event called "Type 1 in the City", just to name a few. It's exciting, and I get so much more out of it than if I was working in a normal job and earning.


I would say, if you ever get the opportunity to do voluntary work, jump. It may be daunting to start off with but it is so worth it in the end.

It has helped me gain so much confidence.

Posted by AlyssaRose at Thursday, September 08, 2016 No comments: