Admitting it to Myself - Weight and Diabetes

I moved to university in September 2016. I went straight from school, into university halls, and it was a big adjustment. Having never lived anywhere but in my mum’s house, having to fend for myself was pretty weird, but I was glad I did. With moving out, to a completely new city, meant that I had to met new people and make new friends. When I was around new people, I often tried to hide the fact that I had Type 1 Diabetes, often being really open about it online, behind a screen, but not testing my blood sugar in front of people, or taking out my insulin pump, because I didn’t want any of my new friends to see that side of me, the vulnerable side. It sounds so stupid explaining it, because no one has ever said anything against me being diabetic, but the truth is that I often ignored it when I was with other people, and that then led me to continue ignoring it even when I was alone.


Something that a lot of people don’t realise, is that having high blood sugar feels rubbish. You feel so tired, like your legs are full of led and they don’t want to move. You get unbearably thirsty. You can’t concentrate on anything even the simplest of tasks are difficult. Reading isn’t possible because you read one line, and then you forget the previous line. One prominent thing that happens to me is my mood becomes so low, I get angry and sad at everything, even the smallest thing would set me off. That would cause me to lock myself away in my room so that no one would be on the receiving end of one of these moods. 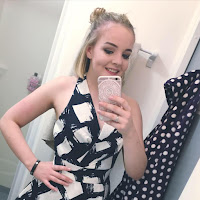 Another prominent thing that occurs from having prolonged high blood sugar is weight loss. I’ve never been a skinny girl, but all of a sudden, I was slim, I felt good wearing a crop top and a short skirt, and that felt amazing. It was false though, because what I didn’t realise at the time is that I had lost the weight very unhealthily. I still ate junk food all the time, barely cooking any meals and relying on unhealthy ready meals for sustenance, barely exercising, and I was still a healthy weight. Things never clicked for me that the reason I was maintaining a healthy weight was because I was neglecting my health, missing doses of insulin and not checking my blood sugar.
Let me say, having periods of high blood sugar can be very dangerous, but as long as I was having small amounts per day, I can get by without intervention from say the hospital. So I was getting my background insulin, which is continuously dripped into my body via my insulin pump, and not giving any insulin for food.

After a while, around my second semester of university, I realised that the reason I was losing weight, and my mentality changed. I started purposely “forgetting” my insulin doses, knowing that I would remain slim, possibly even lose more weight. I did this nearly every day, it was almost an obsession. Most of the time, I would only do it if I ate something particularly unhealthy, almost binge eating and then not giving insulin so that those calories wouldn’t count. I went to the hospital and got my long term blood sugar tested (the test is called hba1c) and it was 12.9, which is extremely high and quite dangerous. I became so unhappy, because although my weight was being stabilized by my habits, my mood was so low all the time, I couldn’t concentrate on anything, and I just locked myself away. University was becoming so hard, as it took me twice as long as everyone else to understand things. 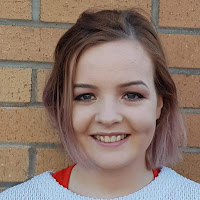 When assignments were due, I would make sure my blood sugar was normal, so I could concentrate, go to the library and work, then come home and immediately make my blood sugars higher again. I would attempt to go on nights out with my friends, but I would feel so tired the whole night that I would end up coming home early myself anyway, so after a while I stopped trying. It was always worse when I know I didn’t have anything specific to do that day, so I wouldn’t bother doing anything except eating and making my blood sugars higher.

Over summer 2017 things got a lot better. I was so busy all the time that I didn’t have time to be unwell, even have a chance to think about things, so I just got on with it, gave my insulin but still ate the same kinds of food as before. I felt so much better in myself, I was so productive and that’s the way I like it. I was starting to get so many opportunities, I couldn’t waste them being unwell. This was all good, but a fact that isn’t well known about insulin is that it is the main fat storage hormone in the body, and because I wasn’t eating well, meaning I needed more insulin, I gained all the weight I had lost and put on some more.

I have recently started to do more exercise, the main reason being to up my fitness levels, but another incentive was because I wanted to lose some of the extra padding I have gained. The problem is that I'm still not eating very well. Although on the whole my blood sugar is better, I'm still binge eating quite a lot and not giving insulin for it. I find it so difficult because I have the tool to lose quickly really fast, right on my finger tips. All it takes is to omit my insulin even once, and the temptation is often so strong to do this. In the moment, it often feels like the best of both worlds. I get to eat as much as I want, and not have any weight gain.

This was really hard for me to admit to myself, and it's even harder to write about. I am currently trying my hardest to lead as healthy a lifestyle as possible. I am fully aware that my actions are destructive, and can lead to further complications, however sometimes in the moment the long term issues aren't on my mind. Right now I am concentrating on exercising and eating better, and hopefully my blood sugar will improve with this. Although this is a daily struggle, I know that I can't continue this lifestyle.

Until Next Time,
Alyssa x

Posted by AlyssaRose at Tuesday, February 27, 2018