Moving Diabetes Care is scary. You have to start off fresh, explain every aspect of your care and bond with new Health Care Professionals. I was apprehensive to move diabetes teams when I came to university, because I wasn't sure if it was worth it, or if the new team would be good, but I'm really glad I moved.

It took a while for me to be referred to the new hospital. I had asked my old team to refer me, and I hadn't received an appointment yet, and when I had a problem and needed help, I didn't have a new team. I called my old hospital, and they told me they couldn't help me because I had been referred and was no longer on their system. I remember being so upset, because I didn't have my GP set up yet, I didn't have a new diabetes team and I was in limbo. I was floating between health boards and no one was really responsible for me.

After my appointment with the nurse, I came away calm. The nurse I saw reassured me, helped me with my problem and applied for funding for my CGM straight away (which was another reason I was nervous about moving hospital, I was scared I wouldn't get funding). I was given all the contact details for the team, and told I would get a clinic appointment soon.

I got seen by a doctor at a clinic appointment within the month, which in terms of clinic appointments is really fast. I would have to wait at least 3 months before I got an appointment before. At my appointment, I got my annual bloods, height, weight and hba1c, the full works, done. I also saw my nurse for a full hour and got to see the doctor. We made a lot of progress, and I was really impressed by how the clinics were run, because my old hospital wasn't as smooth.

Since my clinic appointment last month, I have already had 3 appointments with my nurse, and calls in between to check how I'm doing. After I ended up in hospital from a hypo seizure, my nurse has been trying so hard and working with me to make sure it doesn't happen again.

All in all, I was so nervous about starting with a new diabetes team, having to reiterate every bit of my care, but I'm glad I moved. The hospital is really nearby, have made an effort to get to know me and have already helped me a lot.

Moving teams is nerve racking, but in my case it was worth it! 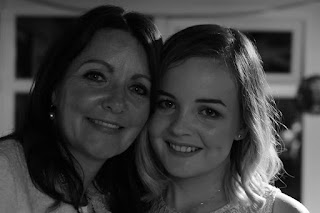 Posted by AlyssaRose at Saturday, November 19, 2016 No comments:

Today is world diabetes day, used to raise awareness about all things diabetes. This year I'm gonna talk about hypos (low blood sugar) and what effect it has on me, and more specifically what effect it had on me last week. #IHateHypos

Every type 1 diabetic has experienced a hypo before. It isn't the most fun experience, usually makes me feel shaky, weak and verrry hungry. But for me, they are so scary because they cause me to have seizures. Hypos happen, and it is really hard to prevent them. Having too much insulin by miscalculating how much food you ate, or walking a little bit further than planned. So as much as I tried to prevent hypos, they are unfortunately inevitable.

Last week, I decided last minute that I needed to walk into town and pick up a few things. Before I left, I checked my blood sugar was fine, and set off. Unfortunately on the way back I had a hypo, which cause me to have a seizure and split my head open.

Just before it happened, I remember thinking, "Wow, I haven't had a hypo seizure in over 6 months", and this was a massive achievement for me. I had begun to imagine the day I would be able to drive, and do any sport I wanted without worry. It was an amazing thought.

Walking home after I had been into the town centre, I began to feel weak, and sick, and ultra-hungry, and very hypo. I was almost home at this point, but even so I reached in my bag to retrieve my Glucotabs (Which are sugary tablets I use to treat my low blood sugar). I never got there in time. Then I remember being in a fast response ambulance surrounded by people, with blood dripping down my face.

I had a seizure 10 feet away from my front door, hit my head and split it open, which needed glued shut. I was found by the staff who worked in my accommodation. My insulin pump alarmed that my blood sugar was low, suspended my insulin, which meant my blood sugar would eventually come back up.

Someone went to my flat ten feet away and told my flatmates, Alex and Mel, what had happened, so that I wasn't myself when everything was happening. I remember being very confused and not remembering what day it was, and what I was doing prior to the ambulance being called.

After a seizure I feel like lead. All my muscles hurt so much, and my limbs feel heavy. I have a thumping headache, and in this instance, a head wound to make things worse

My flat were brilliant. Alex and Mel came with me, and Katie, Ruaridh and Stephen all came to see me afterwards, and they all made sure I had everything I needed.

This is part of my reality, and it hangs over me all the time, but I just have to get on with it. I can't stop doing exercise because it may make me hypo. I have to live my life to the full, and that's what I intend on doing.

Posted by AlyssaRose at Monday, November 14, 2016 No comments: